Straddling the Angola/Namibia border, the Kaokoveld is a dry, mountainous and relatively undeveloped region that takes in the harsh beauty of Namibia's Skeleton Coast and the copper sands of the northern Namib Desert. The area is inhabited by three main ethnic groups – the Damara, Herero and Himba people – each with their own unique customs, traditions and rituals. The coastal Kaokoveld Desert stretches over 45000 square kilometres and is home to the renowned prehistoric welwitschia plant. A diverse variety of wildlife can be found in the desert including: giraffes, desert-adapted elephant, black rhino, a variety of endemic reptiles and many different bird species. 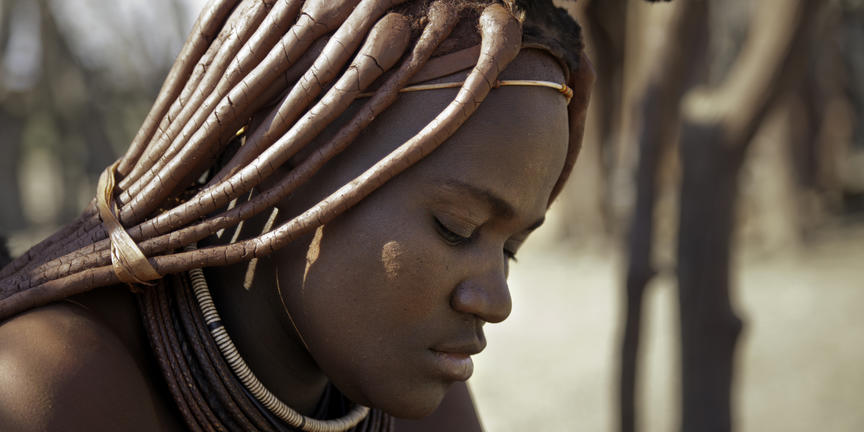 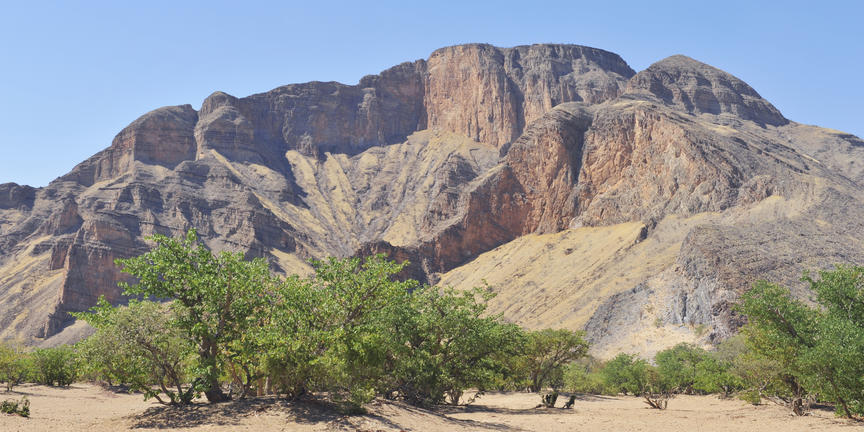 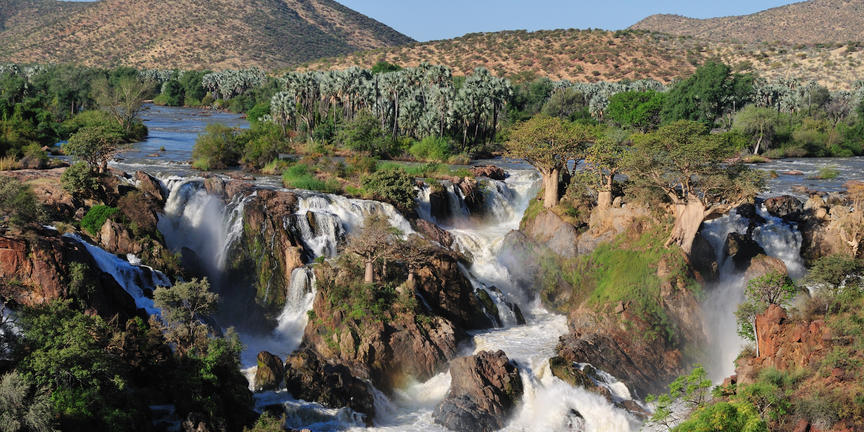 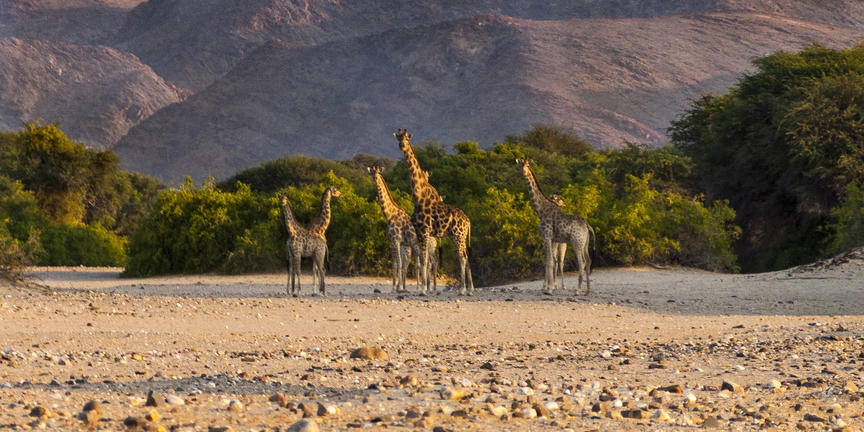 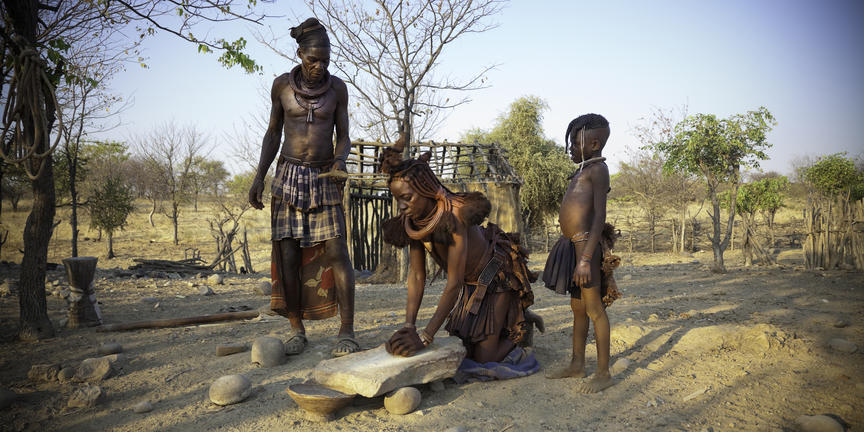 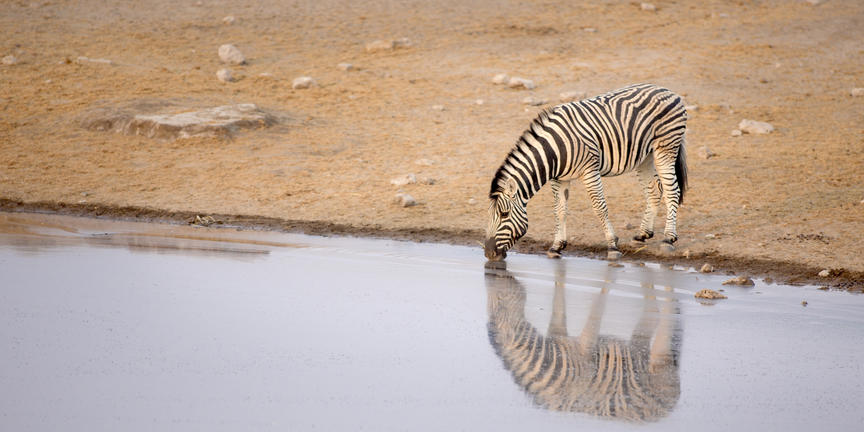