Located in the Puuc region of the Yucatán State of Mexico, the ancient Mayan town of Uxmal dates back to A.D 700 and was originally home to approximately 25, 000 Mayan inhabitants. Today, it is considered one of the world’s most important archaeological Mayan sites and has been designated a UNESCO World Heritage Site in recognition of its historical significance. The site’s remarkable collection of buildings, noted for their vast size, ornate decorative features, and elegant beauty, are typical of the Riley Kand Puuc style, with smooth low walls that open on detailed friezes based on representations of typical Maya huts. The tallest structure in Uxmal is The Pyramid of the Magician which, according to ancient legend, was single-handedly constructed in just one night by a magician-god named Itzamna. Other structures of interest include the Governor's Palace, which covers an area of more than 1,200 m2 and The Nunnery Quadrangle, the finest of Uxmal's several fine quadrangles of long buildings with elaborately carved façades. 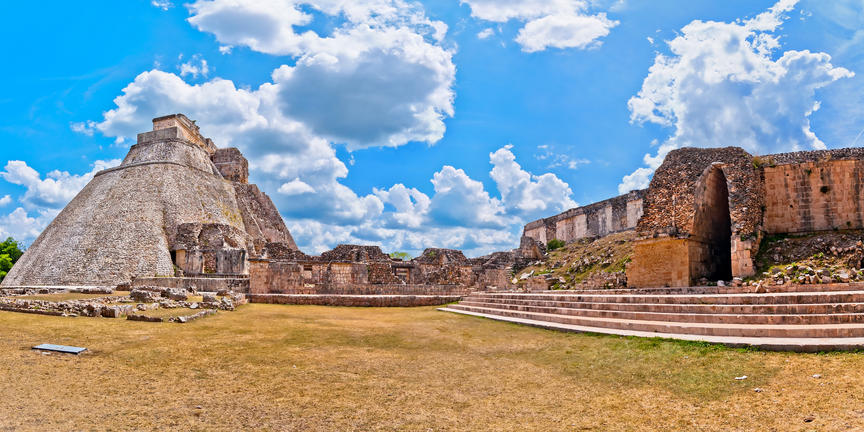 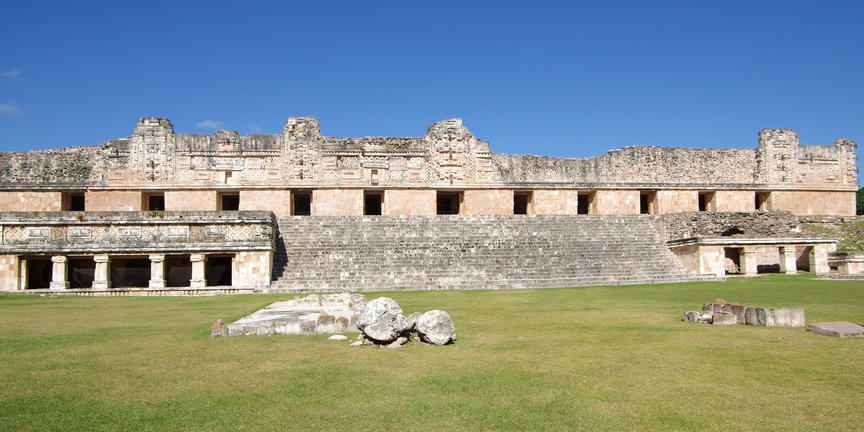 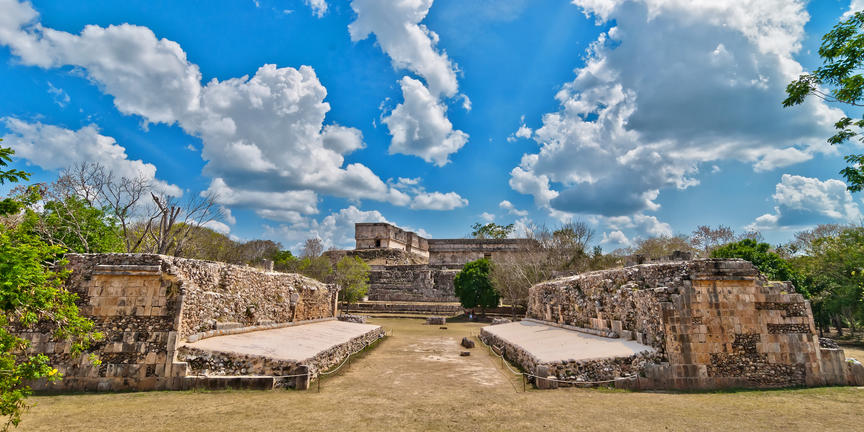 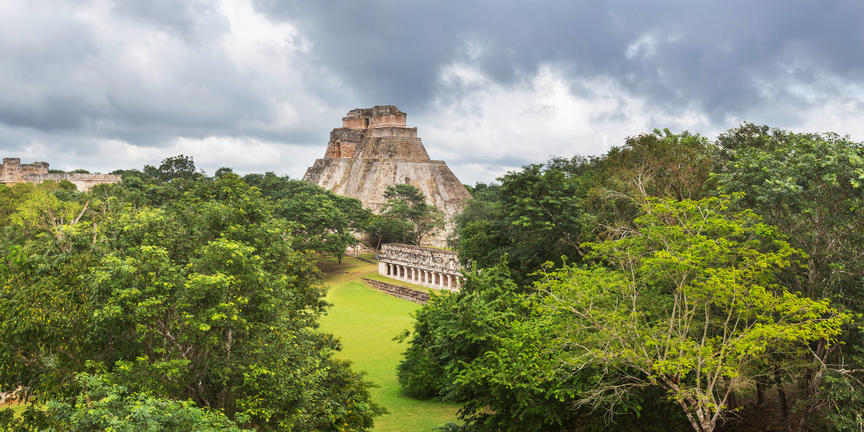