Set on the banks of the Ewaso Ng'iro River and neighbouring the Buffalo Springs National Park, Samburu National Reserve is characterised by a spectacular landscape of rugged hills, undulating plains and riverine forests. The park is home to abundant wildlife including a variety of rare species such as the reticulated giraffe, the long-necked gerenuk, Somali ostrich, Grevy's Zebra, and Beisa Oryx. Visitors can also enjoy spotting over 900 elephants, a variety of predators, and over 450 bird species. The ancient culture of the Samburu people is still alive here, and it is possible to see two unique customs firsthand. In the first, watch as herds of cattle respond to each man’s individual voice as they call. In the second, see the tribesmen perform incredible dances that go back hundreds of years. 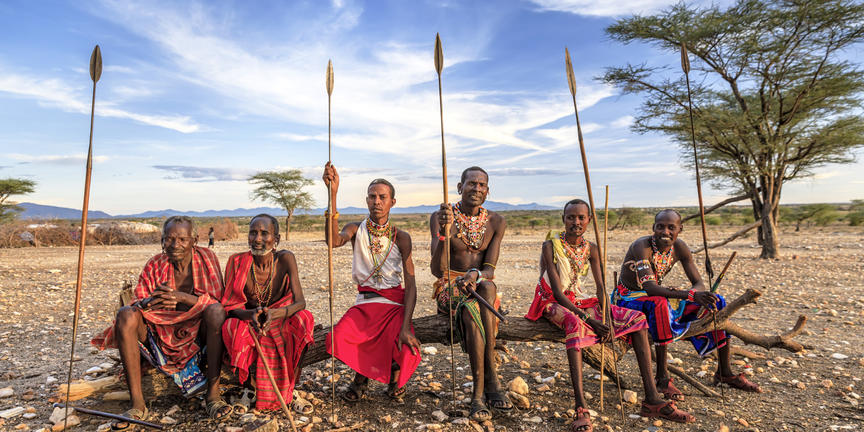 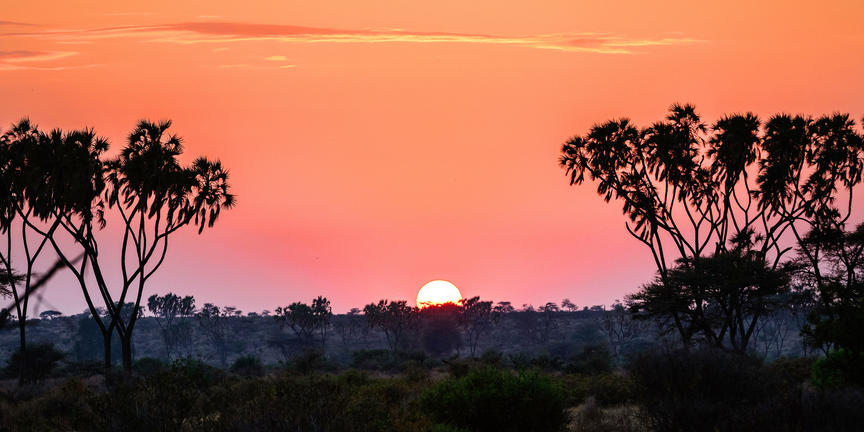 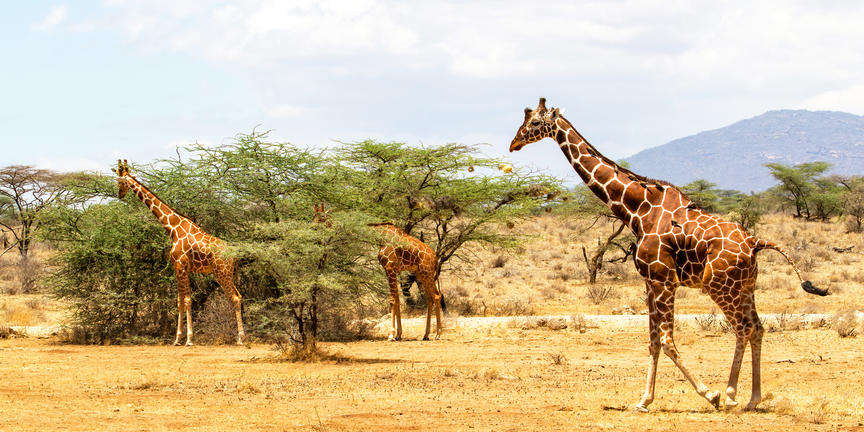 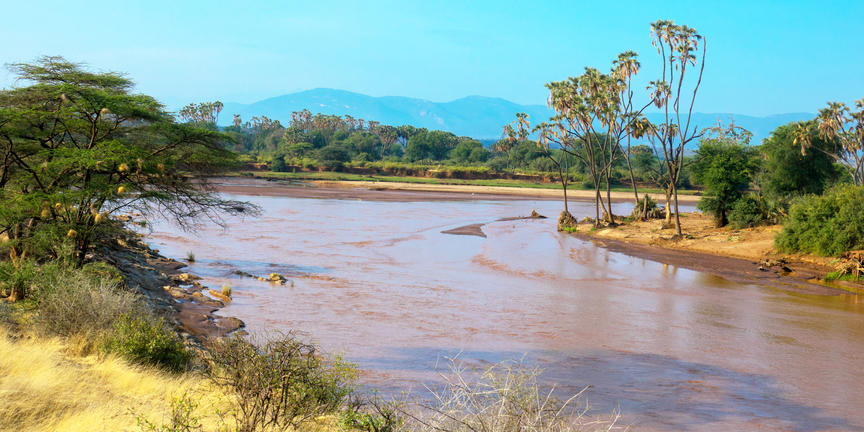 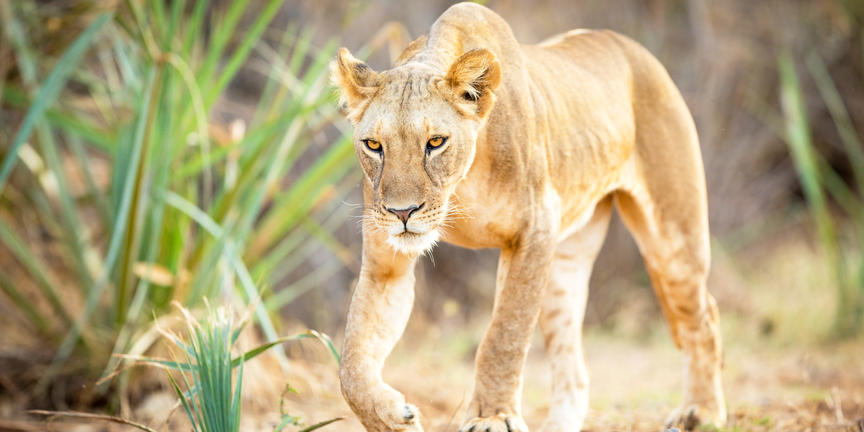 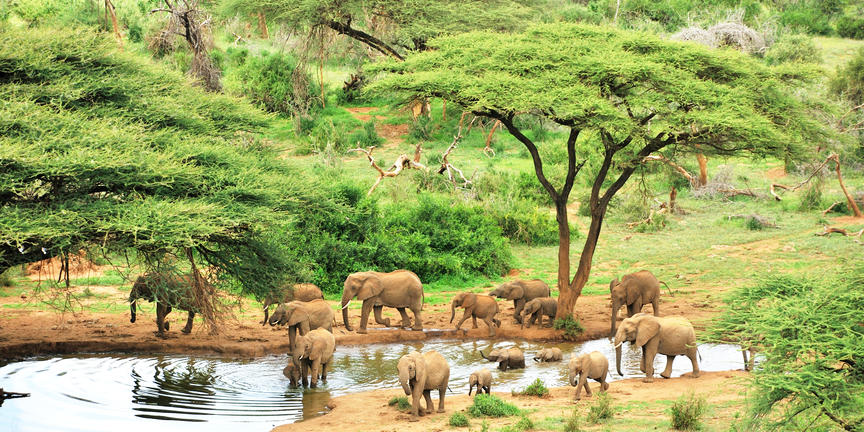