Church Square in central Pretoria was the site of the city’s first church, built in 1855. During its early years, the square was used as a marketplace and sports field. Today Church Square is a relaxing spot for visitors who adore 19th-century and early 20th-century architecture, as well as those who just want to enjoy a day out with the family.

The square is surrounded by numerous historical buildings, including the Palace of Justice where former president Nelson Mandela and several of his African National Congress comrades were charged and tried for treason during the infamous Rivonia Trial. On the southern side of the square lies the Ou Raadsaal (Old Government) building and the Old Capitol Theatre which is linked to Café Riche – the oldest café and bistro in Pretoria.

Church Square is also framed by the Netherlands Banking Building (home to the offices to Tshwane Tourism) and the General Post Office, which was erected in 1910. 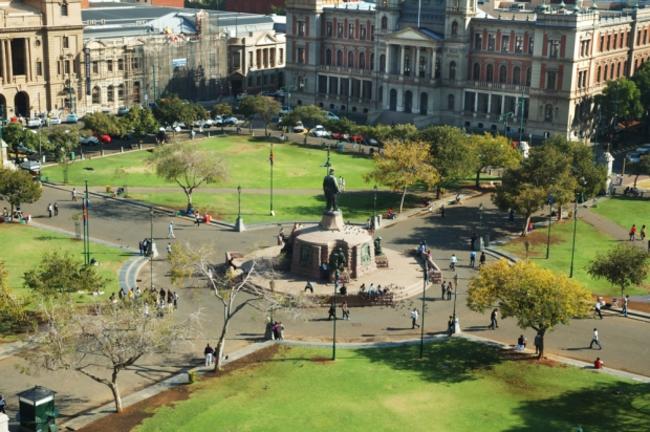